e-Books and the Changing Dynamics of Publishing 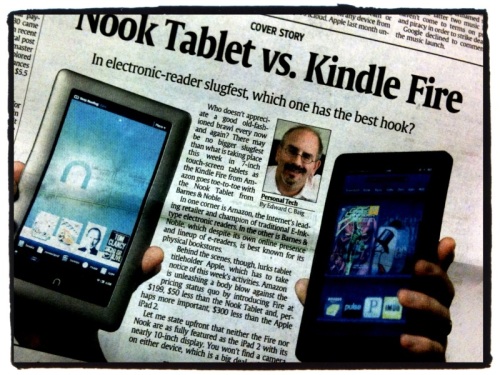 The front page of this morning’s USA Today Money section heralded the importance of e-books and the high quality of digital book readers in an article by Edward C. Baig.

The early beginning of the e-publishing industry can be traced back to July 4, 1971, when Michael Stern Hart founded Project Gutenburg. Forty years later, with the release of Amazon’s Kindle and Kindle Fire and Barnes & Noble’s Nook, e-Books recently outpaced print editions of mass market paperbacks in percentage of overall sales.

Mel Odom, a successful e-publisher, Michael Kent of the University of Oklahoma, and Lisa Schreiber of Millersville University, led a pre-conference on e-publishing at the National Communication Association 2011 Convention in New Orleans, LA.

For colleges and universities, books have become a costly barrier to access and student retention. According to the panel, estimates of average book costs at universities range from $700-$1100 per student. Book rental programs have attempted to address these rising cost, but often do not serve the student. Even though the issues of author credibility continue to swirl in the debate surrounding e-publishing, e-books might actually give instructors and students access to multiple choices of authors, book cost, and formats for their learning, says Schreiber.

One model to be considered, says Schreiber, is the production of open source course textbooks and websites. These could be used by students across universities for free. Schreiber’s current effort is an online public speaking open source book project.

For authors, e-publishing can provide the opportunity for wide distribution of texts and increased royalties, as well as the opportunity to tailor and update content regularly, say Odom. No longer are authors built through contracts with publishing houses.Rather, they can generate their own audience. Kent has created an audience of those who would likely e-publish from Mac to Kindle and PC to Kindle. 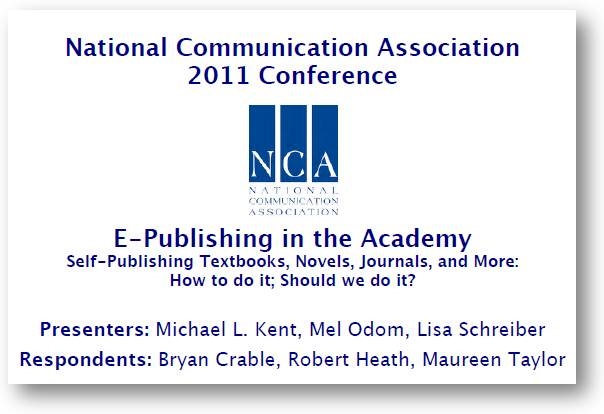