“We did this to make people realize that what they tweet is public information and can be seen by anyone.” First-year students Nick Simonetti and Jeremy Swick created a project called You Are What You Tweet for their freshman seminar course in digital literacy at Queens University of Charlotte.

The premise was simple: ask students to wear one of their tweets on a nametag on their shirts. Simonetti came up with the idea, and Swick chronicled some of the tweets on Instagram. Swick commented, “People should take responsibility for what they say on Twitter. When you tweet, that information is public.”

Simonetti and Swick hoped that by taking tweets out of the digital format and turning them into physical, wearable signs, people would stop to think about what they tweet. As Simonetti points out, “Some people just don’t have the same filters you might expect.” Some nametags were emblazoned with profanity or derogatory language, but at the very least, people were owning the tweets they had written.

Swick was surprised to learn that some students were apprehensive about recording their actual tweets and posting them on their chests. He hopes that this means they were considering the public nature of their tweets. Other students gave a lot of thought to their tweets, Swick said.

Below are some of the other tweets that authors offered to share with the project creators: 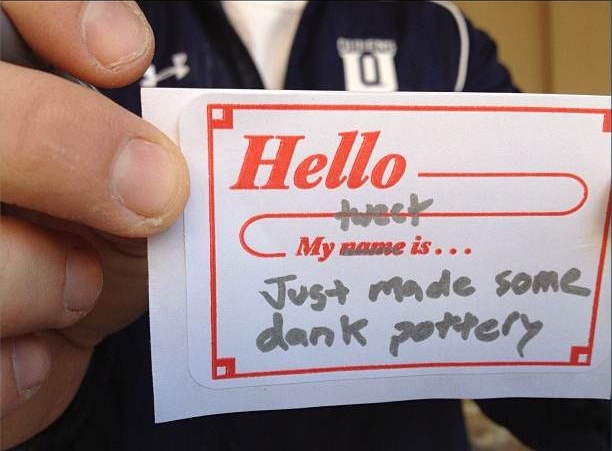 The You Are What You Tweet project was part of an undergraduate seminar in digital literacy led by Dr. John A. McArthur, an assistant professor in the university’s James L. Knight School of Communication.