Revolving doors have been a design fascination of mine for a while, because I think they are fun. If given the option, I always choose the revolving door. Being trapped momentarily in a tiny glass walled aquarium – what could be more fun? Apparently this puts me in the minority of Americans, although I had no idea how small a minority it is.

So, when 99% invisible* featured the design of revolving doors in its 93rd episode, I listened with great interest. 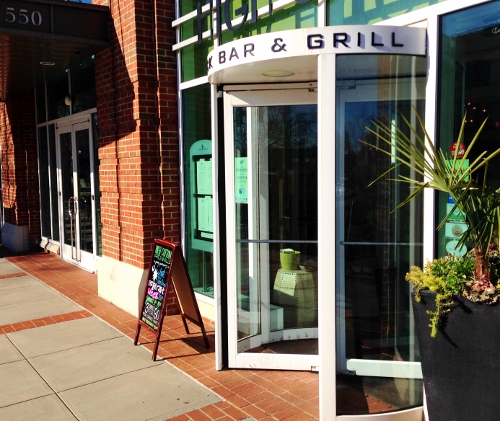 One of the things we know about people’s use of space – or products for that matter – is that people naturally seek cues for behavioral norms present in the space. Some researchers have described this in reference to architectural probabilism (the space and objects in it make some behaviors more likely than others).

When presented with the choice between a revolving door and a swinging door on the exterior of the building, all entrants to the building still used one or the other. No one used a cannon to shoot a hole in the wall and enter or climbed the building to a fire escape. The doors were more likely entry points than the walls, windows, roof, or underground tunnel. The natural tendency is to use the cues about appropriate ways to enter the building and to use those entry points.

When looking at the choice between the two doors, the interesting concept concerning architectural probabilism articulated in the podcast is the role of signage. A 2006 study of revolving door usage (Cullum, Lee, Sukkasi, & Wesolowski of MIT) offered that less than  a third of people used the revolving door when both options were present. However, when a sign pointed to the revolving door and asked people to use it, people responded to the behavioral cue and were more likely to use the door.

Signage and wayfinding remain a fundamental issue in the study of communication, proxemics, and information design. One of my favorite resources on this topic is The Wayfinding Handbook: Information Design for Public Places by David Gibson. The book discusses the role and application of signage for public places.

I don’t recommend covering the walls of revolving doors with signage, however. If I’m trapped in the glass – even momentarily – I still want to be able to see out.

* 99% Invisible is a radio broadcast out of San Francisco hosted by the talented Roman Mars. I’m a huge fan of the show, especially when the episodes address issues of proxemics. I even created a class at Queens based on the design of the show’s production techniques. According to its website:

99% Invisible is a tiny radio show about design, architecture & the 99% invisible activity that shapes our world.The show started life as a project of KALW public radio in San Francisco and the American Institute of Architects in San Francisco. We are distributed by PRX on PRX Remix and public radio stations around the country.